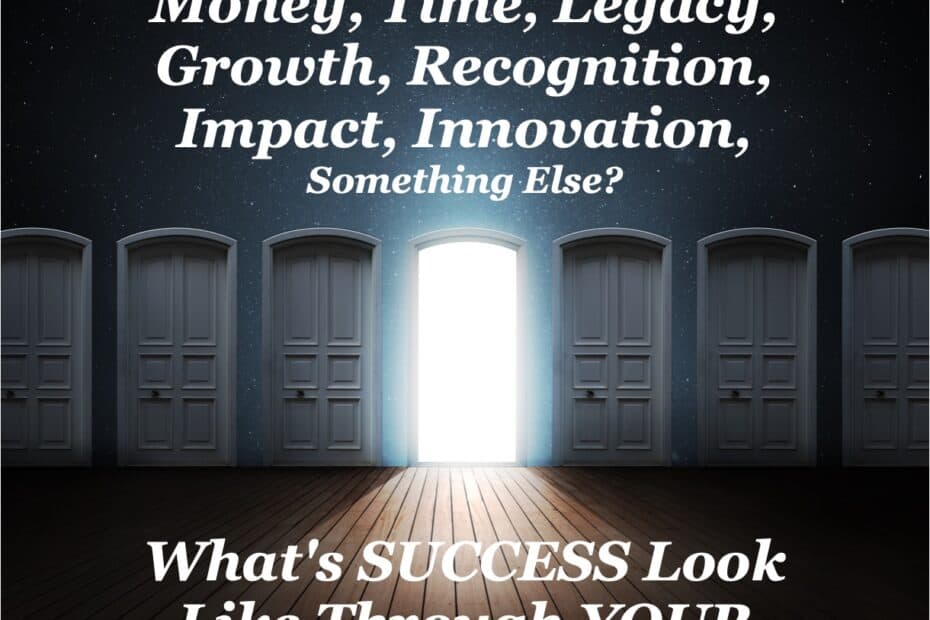 Let’s reframe that just a bit. Exit Planning most often refers to someone transferring their business. However, I’m in the process of updating wills and trusts since we now have grandchildren and did not when we did the last update. That’s exit planning of a whole different sort.

Growth Planning is what every start-up is all about. Going from zero to millions in a short period of time. Often profits are not important to them. It’s more about the perception of future profits and continued growth that drive the value of the company. For more mature companies, growth is about increasing revenue while increasing profits at the same time. Some are willing to do it themselves by creating new products for existing customers or by branching out into similar markets. For instance, cars need windshield wipers, but so do boats and buses. There is another group of people that know that growth is important, but they would rather take on a private equity partner or otherwise exit their company and let someone else deal with the challenge of growth. Each option has its place in business.

You can check out this post on LinkedIn: https://www.linkedin.com/posts/paulmenig_exiting-vertically-while-standing-tall-beats-activity-6967261030225772544-y2-F?utm_source=share&utm_medium=member_desktop

That leaves us with Succession Planning. Normally that implies having someone to succeed you in business. In the corporate world, you won’t be able to be promoted unless you develop someone to succeed you. If you own a business, that can increase the value of your company should you choose to exit. It means you have developed a good management team and they are ready to run the business. That can give you more time to yourself for other pursuits, or it can give you more money as you exit the business. But, I’d like to reframe Succession Planning because I think it’s something more. . . .

Let me start with some simple English etymology. Success is the noun version of the verb succeed. When “ion” is added to the end of a word, such as “success-ion” it also turns a verb into a noun. So succession is another noun. Finally, “sion” at the end of a word, sort of “succes-sion” means “the state of.” So, from an obtuse English etymology perspective, to be successful you must succeed and have a plan to succeed which is succession planning. Let’s reframe it as success planning. Simply stated:

If we are going to plan for success, it would be a good idea to know what success looks like to you. What does success look like through your door to the next venture? Here are seven possibilities.

Are you in pursuit of money for power, bragging rights, to leave to your heirs or your favorite charity?
Are you looking for more time to spend with family and friends or renewed interest in a hobby?
Do you want to leave some sort of legacy? The Nobel prizes exist because Alfred Nobel did NOT want to be remembered for inventing dynamite, but for something more positive.
Do you want to be known for growth of a big company that stretched across the country or the world?
Are you looking for recognition with plaques, medals, trophies, and honorary degrees?
Do you want to be remembered for the impact you had on society such as relieving hunger or disease?
Do you want to be credited with innovation as measured by patents granted or companies started and grown as a serial entrepreneur?

Your definition of success and approach to success planning may well depend on WHY you do what you do. Schedule a call with me at https://calendly.com/paul-ba if you want to discover your WHY and how it impacts your own operating system, or WHY.OS. In alphabetical order, here are the nine WHYs that drive what we do.

It requires planning and effort to succeed and be rewarded with success.