Is Your Smartphone Today’s Crystal Ball? 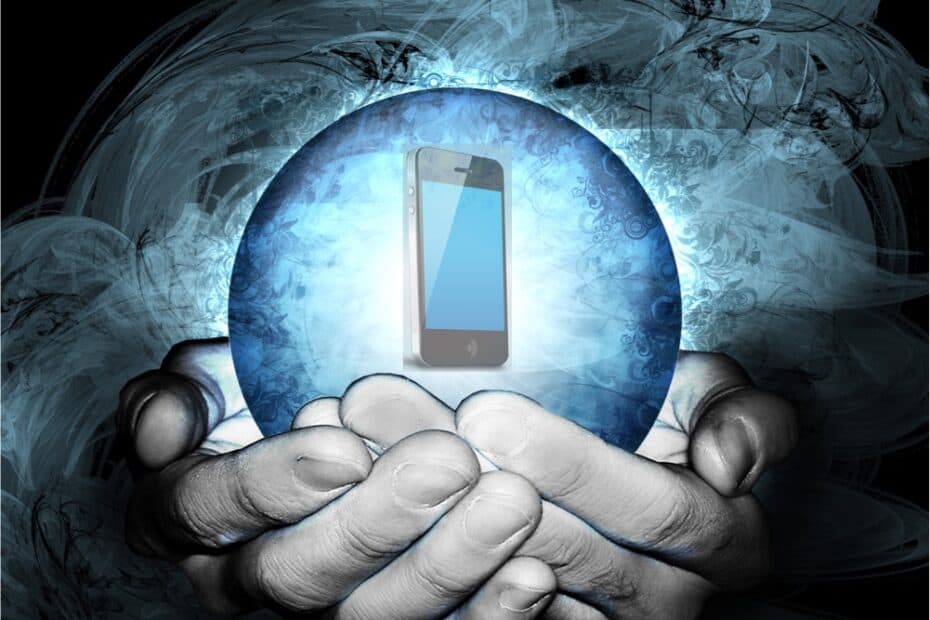 Can you see into the FUTURE? Are you up-to-date on TODAY? Have you studied the PAST to avoid repeating mistakes? A successful business owner and leader needs to do all three time and again. We cannot hide our heads in the sand ignoring all that has happened, is happening, and will happen without us making a concerted effort to understand and change our actions.

That glass covering on our smart phones reminds me of the crystal ball of seers of the past. Through that screen we can see all kinds of things both clearly and not so clearly. We use it to look into the past, especially when we look up the name of something or check the history of a term, an event, or a person. It’s right up-to-date with the latest news to the second. No more waiting days, weeks, or months to get a printed newspaper delivered from the big city. It’s all right in our hands like that crystal ball of the fortune teller. Ah, but that’s what we really want. We want a glimpse of the future through that clear glass screen. That’s a bit more difficult.

After a sporting event, many enjoy rehashing the plays and discussing “what if” only such and such had been decided or action taking on the field. What if the player had made that catch, basket, goal, jump, putt? We love being Monday Quarterbacks.  It’s as if we think we could have done a better job of making decisions and implementing the plays required to win the game. It’s much easier to be a couch potato during the big game and a Monday Quarterback the next day when we talk and talk and talk about what should have been done and at what point. But, it’s visual entertainment to us and we often say, “it’s just a game.” Except, that game is worth millions and millions of dollars to the owners, players, advertisers, fan apparel providers, and more. Are we any better at work?

Something happens at work. A decision needs to be make quickly. You probably don’t have all the information needed to make the absolute best decision. You may have learned it’s better to make a decision and communicate it than to let indecision keep everyone talking about the situation. Alas, you won’t be able to avoid the work equivalent of the Monday Quarterback. That’s the 2nd Guess Discussion. People inside and outside the company will have opinions of what you could have done, should have done. With more knowledge of the facts “after the fact” combined with seeing the results of the decisions, they will 2nd guess what was decided and what was done. They’ll likely say, “If I were in charge, I would have . . . “ There’s no guarantee that they are right. The Law of Unintended Consequences works in every decision. There is something more positive you can do.

An organization needs to capture the Lessons Learned. That’s how you create processes that eliminate mistakes whether they occur regularly or occasionally. We have fire drills at schools and businesses based on past experiences and the lessons learned. Today, unfortunately, it’s as likely to be an active shooter drill. How have others dealt with a cyber attack? We create processes after we see what others have endured, how they’ve reacted and create a plan to reduce or eliminate the risk. The military has a name for it. It’s the After Action Review in some branches. It’s held as soon after the action as possible and no one is immune to being addressed for a failure or something that needs improvement. Often the leader is the first to say what they believe went well and where they themselves could have done a better job. This example of vulnerability and accountability helps the others to open up. Everything is recorded and new plans or process are made so that there is continuous improvement. That’s how a business gets better.

That magical smart phone of a crystal ball is a great place to record it all. In fact, many airlines have substituted the larger equivalent, the smart tablet, for the large packs of paper for what to do in an emergency based on lessons learned and recorded during after action reviews of accidents. Learn more and give it a try to help you business improve.