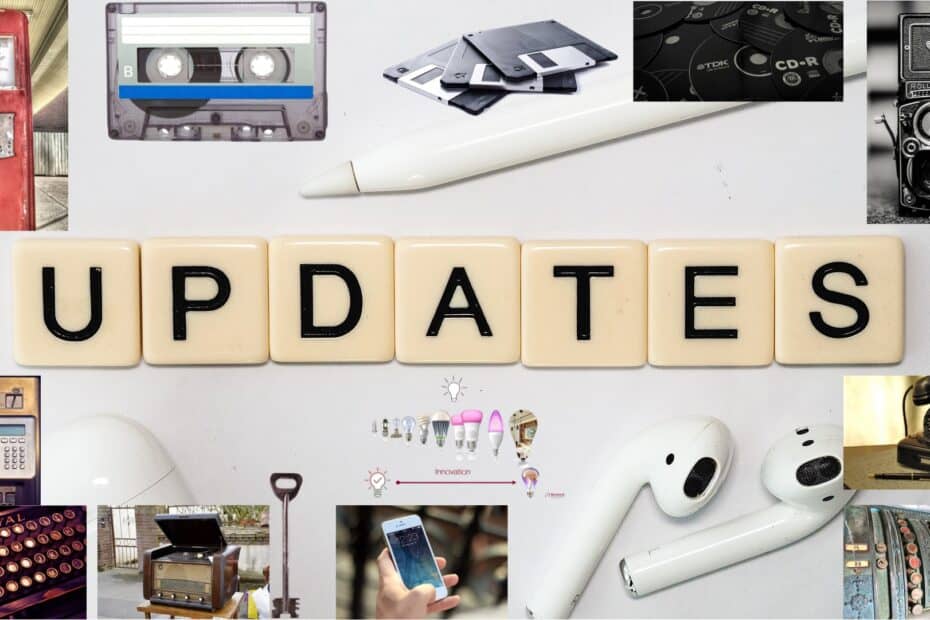 Wow! How much time, effort, and stress have YOU experienced in the last week due to the constant, almost continuous, innovation that requires you to update or upgrade something? Here are a few of the things I’ve experienced in the last week that have caused me to pull out a few more hairs, shout expletive deleteds, pound my fist on the table—basically throw a childish temper tantrum of sorts.

My convenient gas station at the bottom of the hill on my way just about anywhere was torn down. Everything—except the new digital cost sign. I’m waiting for that to go. If it does, it suggests to me the location will no longer be a gas station. Maybe it will be a DC fast charger station for the new Ford Mustang MACH-E electric vehicle I expect to be delivered in the next 45 days. It’s scheduled to be build in less than 3 weeks from now.

My wife and I were talking. Believe it or not, as an Amway distributor 30 years ago, I spent lots of time in the car listening to cassette tapes that helped me with positive mental attitude and dreaming. It also taught this introvert how to do better at interacting with people. Unfortunately, to this day, my children (now in their forties) chide me about those trips in the car that subjected them to such indoctrination. But, I also had to find a way to re-record some cassette tapes of children songs and stories they listened to so that they could be made available to our 4.5 year old and 2 year old grandchildren.

During the holiday break, as we all often do, I cleaned up my office (at home now for 10 years). I FINALLY got rid of a box of floppy disks that I know I had moved to computer and cloud storage several years ago now. Floppy disc drive is now long gone.

CDs and DVDs? Yep, my wife and I still have them. We also have 78rpm and 33 rpm records in the house along with an inexpensive record player. Why? I have no good answer. My wife sent a gift to our grandchildren that has a CD/DVD in it. Our son has no idea what to do with that. He has nothing in his house that can accept such a disc. He did think that, maybe, his two year old Subaru vehicle might have a CD player in the dash yet. He’ll have to check.

My first camera was a good old Kodak Brownie. The next was an Argus C3. I still have an expensive digital Canon EOS 70D with expensive lenses under the desk. My son does use his high end digital camera once or twice a year for good quality family portraits. I’m not sure why he does not use his good iPhone 12 or 13.

Some of you may have seen a child try to figure out a rotary dial telephone. It can be pretty funny. My fraternity brothers meet weekly via ZOOM. We fondly remember the parts our brothers played in hacking the telephone system that relied on those clicks of the rotary switch. Many long conversations with girlfriends were done at very low cost for a few years.

On the other side is a pushbutton pay phone. Have you seen a payphone anywhere in the last few years? Even in third world countries they use flip phones. At least they do require you to push buttons. But, they also make payments for you. So, forget the calculator and the cash register as we all move to contactless payments. The only hassle I have with using my Apple Watch for Apple Pay is the difficulty of lifting up my sleeve when I have a jacket on to get to the buttons. Maybe soon I can use my voice to pay. Oh, maybe that’s not secure?

That good, old-fashioned skeleton key has given way to software keys and blockchains and crypto currencies.

Our porch light stopped working through HomeKit and my wife dutifully kept reminding me that she was having to turn the light on at night and off in the morning. Prodded, I finally checked it out. The switch often loses connection with the internet for some reason. Not this time. I opened up the app on my phone to see a message saying this app is now such and such an app and you need to download it. Okay, download the app and go through multiple gyrations to install the device in the new app, then make sure it is also visible in the Home app. Vwala! It worked properly this morning.

Yesterday I was headed to hit some balls at the golf driving range when I received a call for technology assistance (I guess that would be a TA) from a neighbor. They had some internet issues. The carrier indicated they needed to upgrade their modem and dutifully did that, trying to reconnect wires properly. But, they needed to upgrade the carrier mobile app and use it to restart and setup the system. They tried, and then called for the TA. I use the same cable provider, so that was good. But, I’m and Apple guy for more than a decade now and this was a PC home with some Apple mobile devices. I’d say I got lucky with downloads, asking them to enter their credentials a few times, going through several reboots before getting 5 different devices working.

When Apple decides to send out an update (often, it seems, every other month) I have up to10 devices in my home that have to be updated. I’m the resident hometech person. Even with everything stored in a digital place, anyone expected to pick up and keep things working would likely want to throw it all out and start over versus trying to figure out how I have it all working.

Last, but not least, try running one or two websites. The number of plugins that get updated almost daily is mind blowing. And just about any one of them can unexpectedly take the site down.

I guess that’s why I soooo enjoyed 3 nights at the coast watching the sun set, watching and listening to the waves, and playing musical instruments (Indian flute, mountain dulcimer, and harmonica) that don’t require any electronics. Okay, I cheated and used an app on my iPhone to tune the dulcimer.